Yesterday I was having some work done at the car dealer. A blonde woman came in and asked for a seven-hundred-ten. They all looked at each other, and the Mechanic asked, “What is a seven-hundred-ten?” She replied, “You know, the little piece in the middle of the engine. I lost it and need a new one. It had always been there.” The mechanic gave the woman a piece of paper and a pen and asked her to draw what the piece looked like. She drew a circle and in the middle of it wrote 710. He then took her over to another car which had the hood up and asked, “Is there a 710 on this car?” She pointed and said, “Of course, it’s right there.” 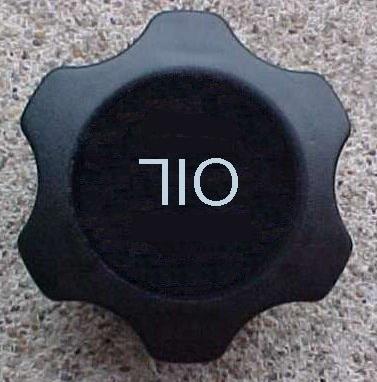